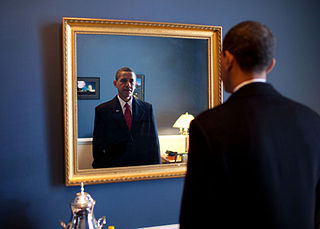 Now that it appears safe, Obama has apparently reemerged from his hole. And, as always, it's about him, personally. From the Daily Mail:

Obama's new memoir, to be published on Tuesday, say that he came to believe that the fact that there was a black president caused 'deep-seated panic, a sense that the natural order had been disrupted.'

He writes that Trump used that mood to win the 2016 election saying that 'for millions of Americans spooked by a Black man in the White House, he promised an elixir for their racial anxiety.'

You see, it can't be that perhaps the electorate hated the idea of having Hillary Clinton as president. Or that she promised more wars, fewer jobs, and continued immiseration.

And of course it had to do with Obama's skin color. It couldn't be any of his policies or legislative initiatives, high energy costs, the flow of jobs to China, the rise of Antifa and BLM during his administration, or his failure to get the U.S. out of its many wars as he had promised.

I was able to mostly finish the assembly of my modern scout rifle (MScR)--i.e., my AR 308--over the weekend and take it out to the dese...