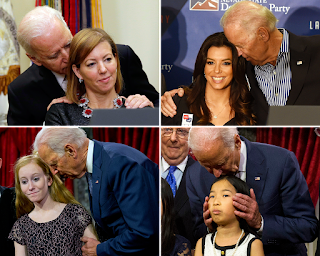 Even if Biden is awarded the presidency, his administration will be handicapped from the get-go by accusations that he won only through fraud, and he will have to fight to get major legislation through Congress. Since the party taking the White House generally does worse in mid-term elections, the Dems might well lose control of both houses of Congress in January 2023. I'm sure that Biden's economic policies will probably result in a severe backlash in the mid-terms.

First, the Congressional problem that Biden faces. The Washington Examiner reports that "Republicans won all 27 House races the Cook Political Report rated as 'toss-ups' in its 2020 election analysis, in addition to picking up seven of the 36 seats the outlet rated as 'likely Democrat' or 'lean Democrat.'" In short, it appears that the Republicans have picked up at least 15 seats in the House of Representatives, which will leave the Democrats with only a slim majority. It also looks like Republicans will keep their majority in the Senate, which currently stands at 50 to 48, with two senatorial run-off elections scheduled for January in Georgia. The Republicans only need to win one of those to maintain a majority (although I would expect Romney to be a defector every chance he has).

Second, the legitimacy issue. The fact is, Biden only wins the presidency due to widespread voter fraud. How much? At the press conference held this afternoon by Trump's legal team, we learned:

Giuliani insisted that the evidence the campaign has collected suggests that “more than double” the margin of votes required to flip the election in six swing states are provably illegal, meaning Trump will have won them when only legal votes are counted. Ellis insisted that the legal challenges are not aimed at reversing the preliminary election results, however, but at restoring election integrity.

“In the states that we have indicated in red, Georgia, Pennsylvania, Michigan, Wisconsin, Nevada, and Arizona, we more than double the number of votes needed to overturn the election in terms of provable, illegal ballots,” Giuliani, the former mayor of New York, said.

Giuliani insisted that the amount of evidence Team Trump has compiled suggests that Democrats cooked up a voter fraud scheme across the country.

“I think the logical conclusion is this is a common plan, a common scheme, that comes right directly from the Democrat Party and it comes from the candidate. Clearly, that’s the reason why Hillary Clinton said, ‘Don’t concede even if you’re losing.’ That’s the reason, we had a Freudian slip by the candidate and he said he had the best ‘voter fraud’ team in the country. That’s the reason why he probably didn’t have to go out and campaign. He had to have known what they were going to do. This had to be planned in advance,” the former mayor said.

I've seen it suggested that even if Biden is sworn in as President, Trump should create a government in exile in one of the Red states.