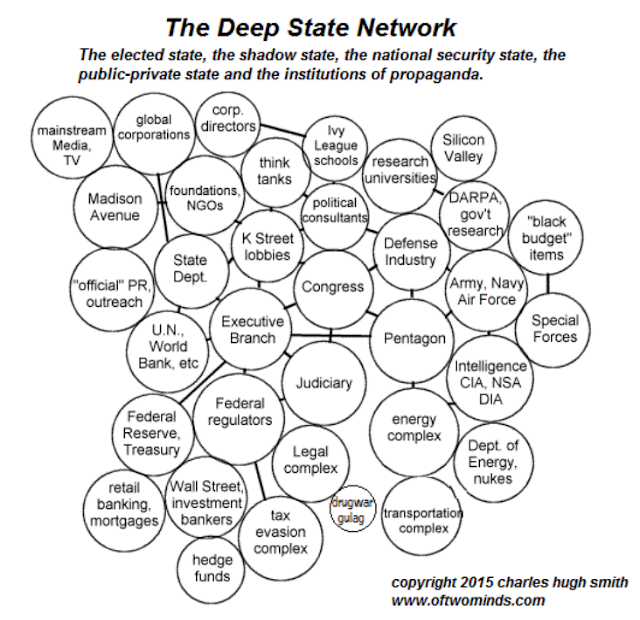 As you know, Gen. Michael Flynn was forced to resign from his position as National Security Adviser after supposedly compromising telephone intercepts were leaked. Eli Lake, writing at Bloomberg View, called the facts surrounding the resignation a "political assassination":


It's not even clear that Flynn lied. He says in his resignation letter that he did not deliberately leave out elements of his conversations with Ambassador Sergey Kislyak when he recounted them to Vice President Mike Pence. The New York Times and Washington Post reported that the transcript of the phone call reviewed over the weekend by the White House could be read different ways. One White House official with knowledge of the conversations told me that the Russian ambassador raised the sanctions to Flynn and that Flynn responded that the Trump team would be taking office in a few weeks and would review Russia policy and sanctions. That's neither illegal nor improper.

What's more, the Washington Post reported Monday night that last month Sally Yates, then the acting attorney general, had informed the White House that Flynn discussed sanctions with Kislyak and that he could be susceptible to blackmail because he misled Pence about it. If it was the lie to Pence that sunk Flynn, why was he not fired at the end of January?

A better explanation here is that Flynn was just thrown under the bus. His tenure as national security adviser, the briefest in U.S. history, was rocky from the start. When Flynn was attacked in the media for his ties to Russia, he was not allowed by the White House to defend himself. Over the weekend, he was instructed not to speak to the press when he was in the fight for his political life. His staff was not even allowed to review the transcripts of his call to the Russian ambassador.

There is another component to this story as well -- as Trump himself just tweeted. It's very rare that reporters are ever told about government-monitored communications of U.S. citizens, let alone senior U.S. officials. The last story like this to hit Washington was in 2009 when Jeff Stein, then of CQ, reported on intercepted phone calls between a senior Aipac lobbyist and Jane Harman, who at the time was a Democratic member of Congress.

Normally intercepts of U.S. officials and citizens are some of the most tightly held government secrets. This is for good reason. Selectively disclosing details of private conversations monitored by the FBI or NSA gives the permanent state the power to destroy reputations from the cloak of anonymity. This is what police states do.

Even Damon Linker of The Week, who is relieved to see Flynn leave, has serious concerns about how it was accomplished:


... Flynn's ouster was a soft coup (or political assassination) engineered by anonymous intelligence community bureaucrats. The results might be salutary, but this isn't the way a liberal democracy is supposed to function.

Unelected intelligence analysts work for the president, not the other way around. Far too many Trump critics appear not to care that these intelligence agents leaked highly sensitive information to the press — mostly because Trump critics are pleased with the result. "Finally," they say, "someone took a stand to expose collusion between the Russians and a senior aide to the president!" It is indeed important that someone took such a stand. But it matters greatly who that someone is and how they take their stand. Members of the unelected, unaccountable intelligence community are not the right someone, especially when they target a senior aide to the president by leaking anonymously to newspapers the content of classified phone intercepts, where the unverified, unsubstantiated information can inflict politically fatal damage almost instantaneously.

... These leaks are an enormous problem. And in a less polarized context, they would be recognized immediately for what they clearly are: an effort to manipulate public opinion for the sake of achieving a desired political outcome. It's weaponized spin.

But no matter what Flynn did, it is simply not the role of the deep state to target a man working in one of the political branches of the government by dishing to reporters about information it has gathered clandestinely. It is the role of elected members of Congress to conduct public investigations of alleged wrongdoing by public officials.

More worrying, though, is that this is not merely disgruntled intelligence officials acting on behalf of the best interests of our country, but a remnant fifth column left over from the Obama Administration. Adam Kredo, for instance, in an article at The Washington Free Beacon, warns that Flynn's resignation was the result of a concerted effort by former Obama officials and officials that remain loyal to Obama:


The abrupt resignation Monday evening of White House national security adviser Michael Flynn is the culmination of a secret, months-long campaign by former Obama administration confidantes to handicap President Donald Trump's national security apparatus and preserve the nuclear deal with Iran, according to multiple sources in and out of the White House who described to the Washington Free Beacon a behind-the-scenes effort by these officials to plant a series of damaging stories about Flynn in the national media.

The effort, said to include former Obama administration adviser Ben Rhodes—the architect of a separate White House effort to create what he described as a pro-Iran echo chamber—included a small task force of Obama loyalists who deluged media outlets with stories aimed at eroding Flynn's credibility, multiple sources revealed.
The operation primarily focused on discrediting Flynn, an opponent of the Iran nuclear deal, in order to handicap the Trump administration's efforts to disclose secret details of the nuclear deal with Iran that had been long hidden by the Obama administration.

Worse, this is not the end of the political weaponization of the intelligence agencies, but merely the beginning. As Rep. David Nunes has commented, "First it's Flynn, next it will be Kellyanne Conway, then it will be Steve Bannon, then it will be Reince Priebus. Put another way, Flynn is only the appetizer. Trump is the entree." Or, as Michael Walsh has described the incident and its implications:


... Make no mistake about what's happening here: this is a rolling coup attempt, organized by elements of the intelligence community, particularly CIA and NSA, abetted by Obama-era holdovers in the understaffed Justice Department (Sally Yates, take a bow) and the lickspittles of the leftist media, all of whom have signed on with the "Resistance" in order to overturn the results of the November election.

Mike Flynn ... was its first scalp, and an object lesson to new CIA Director Mike Pompeo should he have any reformist notions. ...

... Welcome to the Deep State, the democracy-sapping embeds at the heart of our democracy who have not taken the expulsion of the Permanent Bipartisan Fusion Party lightly. They realize that the Trump administration poses a mortal threat to their hegemony, and so have enlisted an army of Democrats, some Republicans, the "neverTrumpumpkin" conservative die-hards, leftist thugs, Black Lives Matter and anybody else they can blackmail, browbeat or enlist. They mean business.

It is time for another "Church Committee".

Email ThisBlogThis!Share to TwitterShare to FacebookShare to Pinterest
Labels: Usurption of the Government