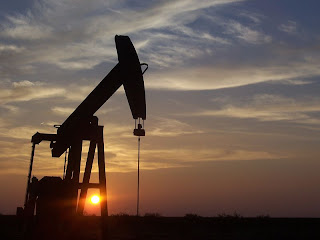 Deputies say the suspects abandoned the van — with several hundred gallons of gasoline inside — sometime after 1:10 a.m. Tuesday. They say about 25 gallons of gas spilled into the parking lot.

We are going to see a lot more of this as gas prices peak this summer.

The article on gas prices is also interesting. It relates that in some areas of Florida, consumers are already paying nearly $6 per gallon for gasoline, even though the state average is $3.67. Moreover:

One reason for the high prices is the conflict with Iran over the Strait of Hormuz. Iran has threatened to disrupt oil shipments through the waterway due to the European Union sanctions leveled against the country over its nuclear program, causing the price of crude to skyrocket. Trading on a barrel of crude today is a little over $106.

Another reason for the high gas prices: positive economic news. The drop in the unemployment rate and improved housing market numbers have caused gas and oil prices to rise.

“I know it frustrates quite a few consumers why positive news will lead to higher prices,” Brady told CBS Tampa. “It really just comes down to speculation.”

A third culprit behind the gas price boom is Greece. The EU’s bailout for the indebted country only adds to the global fuel demand.

And because of these reasons, Brady believes that Florida and the rest of the U.S. could see historic gas prices.

“I think this year we will see much higher highs.”

Believe it or not, those prices aren’t the highest in the nation. According to GasBuddy.com, motorists in Alaska are paying a whopping $6.34 for a gallon of regular at some gas stations. The cheapest gas can be found in Wyoming at $2.75 a gallon.

Obama wanted higher energy prices and is probably dancing a jig over this type of report. This may ultimately be bad news for Obama, though. The fact of the matter is that the current recession and financial woes began because of a prolonged shock to the economy due to high oil prices before the housing collapse. As this article notes:


The initial contention was that the primary reasons for the recession that hit the country in 2008 was the downfall of the financial services market and the housing market. More and more financial experts came forward with another, more accurate reason for the financial crash. The reason put forward and accepted widely was that the market financial crash was caused by the high oil price rise which shot to an all time high of $147 per barrel in the year 2008.

Although the economy has adapted, to a certain extent, to higher energy costs, a rapid run up in prices will further dampen demand for goods and services, which will ripple across the economy.


The problem here is that we seem to be caught in a vicious circle as far as market crashes and high oil prices are concerned with both of them aiding and abetting each other. A higher oil price increases the trade deficit of the US. This increased export bill leads to a weaker state of the dollar currency. A weak dollar in turn pulls up the international prices of dollar denominated commodities. This allows the oil prices to increase further leading to exorbitantly higher oil prices. A market crash for the US then becomes inevitable.

So, if gas prices jump as expected this summer, expect the economy to take a beating ... just before the elections.
By Docent at February 22, 2012

Email ThisBlogThis!Share to TwitterShare to FacebookShare to Pinterest
Labels: Economy