"Why A .22 LR Pocket Gun Should Not Be Underestimated"--Lucky Gunner (7-1/2 min.)
Next in Lucky Gunner's series on "mouse guns." The author also indicates that they will be testing a whole bunch of .22 LR soon to augment the ballistic tests that are at their web-site, probably one of the most definitive source of ballistic gel tests on the Internet.

When I get in the car, I tuck the seat belt under the front of the OWB holster and under the barrel of a pistol. In this case the seatbelt is completely out of the way and does not slow down the draw. Again, the draw procedure for concealed carry in the vehicle doesn’t change at all, you move your cover garment out of the way and get to your gun.

Where there is no regular system of law and order you have different kinds of groups who impose that “law and order.” In reality, it is lawlessness or law of whichever group is stronger.
To add to that, when there is not any kind of “law” it is then a matter of a no-rules situation.
That means all kind of violence was there.
In reality, it worked on many different levels. For example, you form an armed neighborhood watch. We did, of some 15 people, in our street. Sometimes, in the middle of the of night, we were faced with a group of 50 men demanding something from us. For example, one was a group of people in uniform who stated that they were government forces and they wanted to check our neighborhood for whatever reason.
We could obey or fight or negotiate. All combination were tested over the time, and sad truth is that when SHTF for serious there is gonna be many different groups who will “represent” government (or law, or order or you name it). But in reality, it all comes down to who will outsmart who.
The most likely crimes were connected with resources because simply in that time and city there was not enough resources.
So it was about who owned how much (resources), and ways to take those resources from other folks.
It worked on a low level. For example, a few guys could kill you in the street and take your possessions, or on a bigger level – a local gang (if strong enough) could own your part of town and terrorize you and other folks by taking your stuff with brute force.


"Grizzly bear takes shotgun blast at point-blank range and keeps charging"--NY Post (1 min.)
The shotgun blast bowled the bear over, giving the homeowner time to race back to this house, but the bear recovered her balance and resumed the charge, apparently without suffering any real harm. I suspect that the man probably used a birdshot load, but I've also read of buckshot failing against Alaskan brown bear. With big animals like this with dense fur, it is all about penetration. 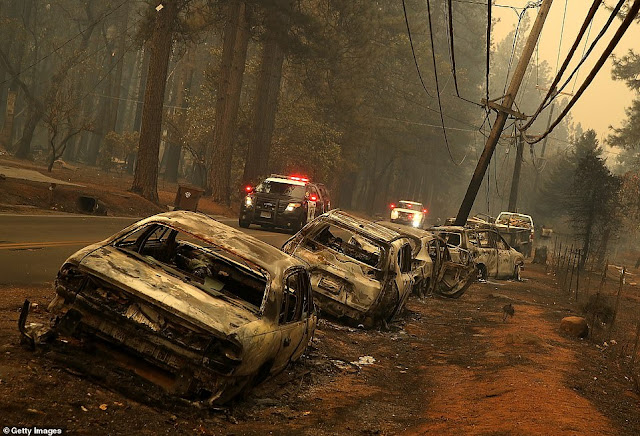 So, the obvious questions: Why do the polarization/ regionalism/ financial crisis/political violence package and civil war sometimes go together and sometimes not, and will they go together in America’s short-term future?
Fortunately, the answer to the first question was worked out long ago, by the Roman historian Tacitus. Looking back on the Year of the Four Emperors some 50 years after the event, he recognized that “Now was divulged the secret of the empire — that emperors could be made elsewhere than Rome.” What he meant by this was that although the empire’s political institutions were all concentrated in the city of Rome, if the armies out in the provinces decided to intervene in the political process, they always had the final say. Rome lurched into civil war in 49 B.C. because Caesar and Pompey each had armies to back their political ambitions. It did so again in A.D. 69 because no fewer than four rivals found themselves in this position. It did not lurch into civil war in 133 B.C., though, because its mighty armies remained aloof from politics.
England stumbled into civil war in 1642 because it had no standing army at all. When relations between the Royalists and Parliamentarians broke down, each could safely set about raising its own armed forces with no fear that Leviathan would intervene and stop them. This was Thomas Hobbes’ central point in his 1651 masterpiece Leviathan; only a powerful government with terrifying armed force can scare people straight and deter them from using violence to pursue their own ends. Things had been even worse in 1135, because in addition to there being no strong central army, dozens of barons had their own private armies, which they gleefully unleashed on rivals. In the 1530s, by contrast, despite the mass uprising in defense of Catholicism known as the Pilgrimage of Grace, the barons largely remained loyal to Henry VIII and civil war was avoided.
When relations between Northern and Southern states broke down in 1861, the United States had more in common militarily with England in 1642 than with any of the other cases discussed here. It did have a professional army, but it contained just 16,367 men, and 179 of its 197 companies were stationed west of the Mississippi, so far from the initial areas of fighting as to render them irrelevant. In any case, one in five of the U.S. Army’s officers promptly resigned their commissions to join the Confederate states and thousands of noncommissioned men simply deserted and followed them. The government in Washington effectively had no army to enforce its will, and both sides — like King Charles I and the English Parliament in 1642 — had to set about raising forces almost from scratch.
Nothing could be less like the United States’ position in 2018. It has the most powerful and professional armed forces the world has ever seen, and there is absolutely no doubt about their loyalty to the legitimate government or commitment to the principle of civilian command. American soldiers, sailors and airmen do have political opinions, but they currently can be relied on to put their duty first. The United States therefore has far more in common with Rome in 133 B.C. than with any of the other cases. Even if U.S. senators start killing each other with chair legs, the armed forces will not take sides, other than to implement orders — so long as the orders are legitimate and legal — from their elected commander-in-chief.

I'm just going to point out the most obvious flaw with his analysis, which is that the United States military is not, and under current law, cannot be used for domestic law enforcement. In other words, the author is looking at the wrong "military." He should, instead, be examining the problem from the perspective of police and private security forces. In that regard, we see a multitude of "armies" controlled by cities, counties, and so forth. While most state police forces are small, the governors of the respective states are generally empowered to call on his state's National Guard to put down riots or rebellion. What we have been seeing fairly consistently is that the left is increasingly fielding violent protesters (i.e., private armies), but police--whether on their own volition or under orders--are giving these protesters free reign to riot and attack those on the right. That is, under these limited circumstances, we don't have "a powerful government with terrifying armed force [scaring] people straight and deter[ing] them from using violence to pursue their own ends."

Anonymous Conservative has some thoughts concerning this article, and placing it into the context of r/K theory.

The 31-year-old and his family were known to counter-terror agencies at a state and national level and were believed to have ties with north African extremist groups.
Khalif's passport was cancelled several years ago after he was flagged as one of 300 potential security risks.
It was also noted police are unable to get in touch with Khalif's wife, and believe she is both missing and radicalised.

And for those that think the police will protect you: "Khalif chased the officers around a tree as they tried to avoid his blows and convince him to surrender."

Wind turbines are vital for sustainable power, providing cheap electricity without producing any sort of pollution. But they can be deadly for birds, and new research shows just how deadly: Wind turbines kill so many birds that in ecosystems where they are placed, the turbines effectively take on the role of a top predator.
We’ve long since known that wind turbines are a danger to birds. A typical wind farm can kill thousands of birds every year, including raptors like falcons and eagles. The deaths of these larger birds are the real problem because they can cause ripple effects throughout the entire ecosystem.