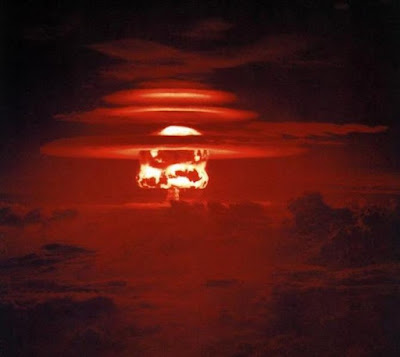 Marcus Wynne has published a must read article for preppers and survivalists titled "I’m Feeling Apocalyptic…" He fears that we are at the highest risk of a nuclear war since 1962. His fears are well-founded.     Anyway, Marcus writes:

... I find myself more and more being asked by younger people to teach them things that I would have thought their parents or grandparents would have taught them. This is what comes of being old; you have expectations based on your own experience which most of the time has no relation to the younger people we interact with.

Things like: basic cooking, making a fire from scratch, sharpening a knife, changing oil in a car, changing a tire, purifying water, improvising shelter, staying warm when you don’t have warm clothes, taking a crap in the woods, making a comfortable camp, etc. etc.

Mind you this is not “survivalism” or “prepping” or whatever the hell its called these days. These are basic life skills for a human. And have been for many many thousands of years.

One subject that came up recently was: “What could we do if there actually was a nuclear war between the US, China, Russia, North Korea, whoever?” That was from an intelligent young person who reads between the lines in the competing narratives in the media today.

Funny enough, it was comments similar to those that motivated Bruce D. Clayton to write the now classic survivalist book Life After Doomsday. In response, Marcus has included links to Clayton's book as well as Cresson Kearney’s Nuclear War Survival Skills.

Marcus has also included checklists/lists of questions to help you evaluate your state of mind about preparedness, fundamental emergency preparedness, physical fitness baseline, and a one week preparedness survey.

Finally, Marcus has put together a checklist of what he considers minimal preparedness supplies, and a suggested list of "baby steps" to get you started into preparedness.

I was able to mostly finish the assembly of my modern scout rifle (MScR)--i.e., my AR 308--over the weekend and take it out to the dese...