A Reminder Of The Importance Of OPSEC And Area Knowledge 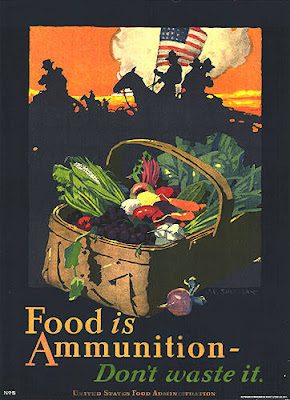 This post was prompted by an article at Gateway Pundit titled "Colorado’s Saguache County Adopts ‘Emergency Regulations’ Allowing Warrantless Entry to Private Property and Preventing Sale of Firearms and Ammo". The article essentially tries to make much a local ordinance granting the County emergency powers in the event of a disaster or emergency. In reading the ordinance, which is reproduced at the bottom of the article, there is really nothing too shocking in it. I suspect that if you were to look at your local city, county or state laws and ordinances, you would see similar provisions.

These types of laws typically grant broad powers to a local or state government to deal with a catastrophe or emergency including to enter property, seize property (although later having to compensate the owner), require people to evacuate, and to a greater or lessor extent, control the sale or distribution of goods. The intention of all of this is, for instance, to allow government agencies to respond to a fast moving or quickly evolving disaster such as flooding, a forest fire, an earthquake, etc. These laws are intended to allow a government to enter your property (even if you aren't there to give permission or if you refuse permission) to build barriers to fires or floods, shut off gas or electricity to prevent an explosion, requisition or commandeer equipment or material needed to combat the disaster, and so on. This is part of the traditional "police powers" of a government and have existed, in one form or another, for centuries.

The problem crops up when the statutes are left too vague--because they can then be applied to "emergencies" never envisioned by the authors or supporters of such measures--or when they extend beyond a natural and man-made disasters to matters of law enforcement (such as dealing with riots or civil unrest). Such is the case here. The ordinance in question defines a disaster not only as a natural or man-made disaster, but to also include a "civil disturbance or hostile military, or para-military action." Useful in times when slave revolts might have been feared, but antiquated today.

While these types of ordinances and laws are rarely controversial, and therefore garner little attention, preppers should be aware of what they say.  For instance, the ordinance here allows as emergency powers the authority to impose curfews; impose control over the purchase, sale or distribution of goods and services including food, water and clothing; closing "non-essential" businesses; and to limit the sale, distribution and transportation of various goods including firearms.

As such, this ordinance is probably fairly typical. For instance, other than not including restrictions on the sale and transportation of firearms, Idaho Code § 46-1008 gives the Idaho governor very similar powers to those outlined in the ordinance.

We have seen much worse.  Way back in 2011, I wrote about a 1918 New York Times article describing how a Navy officer and his wife had been criminally charged for food hoarding. (The article is now, unfortunately, behind a pay wall). The "anti-hoarding" law was part of The Food and Fuel Control Act of 1917 ("The Lever Act"). (See here for the text of the Act). The law, in Section 4, specifically made it a felony to "hoard ... any necessaries". Hoarding was defined in Section 6 of the Act to include holding in an amount more than reasonably needed by a person and his dependents for a reasonable amount of time (although it did not include the produce of your own garden). Besides prison time and money penalties, the law also permitted the government to sue the owner in order to force the owner to "sell" the items in a manner determined to be equitable. Similar laws were enacted during World War II and during the Cold War, the latter of which is still on the books. (See, e.g., 50 U.S. Code § 4512). (See also "Usage of the Defense Production Act throughout history and to combat COVID-19").

As I noted in my 2011 post, the couple that were prosecuted under the Lever Act after someone informed on the couple for selling food to local businesses. Thus, they violated the rule of "keep your mouth shut". If times were tough and food rationing were required and hoarding outlawed, do not doubt for one moment that some acquaintance, friend, or even a relative might turn you in to authorities out of some sense of duty, revenge, spite, and/or the opportunity to gain a reward. The same goes for your firearms and ammunition stores.

The other matter to be considered is the threat of limitations on movement, such as curfews, blocking roads, and preventing or limiting ingress or egress. This is where your knowledge of your "area of operation" can come in handy. You may be able to figure out a way to move in and out of your AO or within your AO. This is going to be particularly important to suburban preppers who, more likely than not, are living in developments designed to minimize the number of entrances or exits, and for that reason are more easily cut off.

A good way to prepare for this is to use the satellite images available in Google Maps for your neighborhood. Perhaps you are closed in, but maybe that ditch, empty field, or bike trail can offer an alternate route. Maybe you think you can't cross the river, but maybe the pedestrian bridge, railroad bridge, or even a pipeline across a river might give you a means of doing so.

It is also useful to locate and mark manholes, as the sewers and maintenance tunnels can be used to move into or out of an area unseen. For that matter, you should know all of this information for defense of your neighborhood, if necessary.

Additional items to map would be utility junction boxes and transformers, fire-hydrants, and surveillance and/or traffic cameras.

Email ThisBlogThis!Share to TwitterShare to FacebookShare to Pinterest
Labels: OPSEC