The Vaccines Are Safe And Effective... 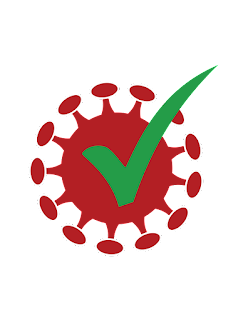 The announcement Saturday was made by the Ohio-based attorney, who remains involved in several major cases brought against federal agencies relating to fraud and violations of medical freedom rights.

In his presentation, Renz expressed his appreciation for whistleblowers who were coming forward to provide the public with such important information from the Centers for Medicare & Medicaid Service (CMS). He described the CMS database as the largest available in the U.S. for the study of COVID-19 trends because it contains the data of approximately 59.4 million Medicare beneficiaries.

The preprint runs 26 pages and includes 56 footnotes. I am no expert on the structure and function of heart cells, but as far as I can tell it appears meticulously documented. And it paints a troubling picture: specialized blood vessel cells called pericytes have receptors called CD147s. The novel coronavirus itself (Sars-Cov-2) cannot attack these CD147s and damage the pericyte cells, potentially leading to clotting and heart attacks.

In vaccine trials, antibodies are higher in participants who were seropositive at baseline than in those who were seronegative.24 However, Memoli questions the importance: “We don’t know that that means it’s better protection.”

Former CDC director Tom Frieden, a proponent of universal vaccination, echoes that uncertainty: “We don’t know that antibody level is what determines protection.”

Gandhi and others have been urging reporters away from antibodies as the defining metric of immunity. “It is accurate that your antibodies will go down” after natural infection, she says—that’s how the immune system works. If antibodies didn’t clear from our bloodstream after we recover from a respiratory infection, “our blood would be thick as molasses.”

“The real memory in our immune system resides in the [T and B] cells, not in the antibodies themselves,” says Patrick Whelan, a paediatric rheumatologist at University of California, Los Angeles. ...

Cal Dunham, 59, and wife Linda, 66, ‘gained their angel wings’ Sunday despite taking precautions against the virus and being inoculated against it, relatives said.

Reporting on Covid-19 and the so-called “vaccines” is getting easier every day. As more people get vaccinated, there is no shortage of noteworthy breakthrough cases, adverse reactions, and generally bad news for those who have been jabbed. I don’t write that with any joy as an unvaccinated American. I’m just noting that from a journalistic perspective, the stories lately tend to write themselves.

The latest example comes from Tennessee where a reporter for the Daily Wire [Chrissy Clark] has become ill with Covid-19 for the third time despite being fully-vaccinated.

One of the reasons they [i.e., nurses] do not want to take the shots is because they have seen first hand how these shots have killed and injured people, including family members.

“Why aren’t people asking the nurses why they don’t want to take the shots?” she asked.

She said she ran an ER department, and that it was tragic that they were seeing so many heart attacks and strokes, and that it is obvious that they are related to the COVID-19 shots.

Did the regulators at the FDA know that all previous coronavirus vaccines had failed in animal trials and that the vaccinated animals became either severely ill or died?

Did they know that previous coronavirus vaccines had a tendency to “enhance the infection” and “make the disease worse”?

Did Dr Anthony Fauci know that coronavirus vaccines had repeatedly failed and increased the severity of the infection?

Did the drug companies conduct any animal trials prior to the FDA’s approval that would have convinced a reasonable person that the vaccines were safe to use on humans?

Did they complete long-term clinical trials to establish whether the vaccines were safe?

No, there were no long-term clinical trials.

Did they conduct any biodistribution studies that showed where the substance in the injection goes in the body?

They did, but the data was not made available to the public.

Do the contents of the vaccine largely collect in various organs and in the lining of the vascular system?

Do large amounts of the substance accumulate in the ovaries?

Will this effect female fertility and a woman’s ability to safely bring a baby to term?

The drug companies are currently researching this. The results are unknown.

Does the vaccine enter the bloodstream and collect in the lining of the blood vessels forcing the cells to produce the spike protein?

Is the spike protein a “biologically active” pathogen?

Does the spike protein cause blood clots and leaky blood vessels in a large percentage of the people that are vaccinated?

It does, although the blood clots are mostly microscopic and appear in the capillaries. Only a small percentage of vaccinees get strokes or suffer cardiac arrest.

Should people be made aware of these possible bad outcomes before they agree to get vaccinated? (“Informed consent”)

Yes, they did, but they did not demand that Pfizer fix the problem.

After examining the specimen further, Madej found that there were “metallic fragments” in there the likes of which she said she was not used to seeing. As she continued to look at the slide, her findings only got more disturbing.

“And then there was one particular…object or organism…that had tentacles coming from it and it was able to lift itself up off the glass slide,” she stated, at which time a stunned Peters asked if what she was seeing was alive.

I don't know who Dr. Madej is, but she sure ruffled feathers at the BBC in July 2020.

Email ThisBlogThis!Share to TwitterShare to FacebookShare to Pinterest
Labels: Health and Disease