Updated data from NASA satellite instruments reveal the Earth’s polar ice caps have not receded at all since the satellite instruments began measuring the ice caps in 1979. Since the end of 2012, moreover, total polar ice extent has largely remained above the post-1979 average. The updated data contradict one of the most frequently asserted global warming claims – that global warming is causing the polar ice caps to recede.

Merkel’s policies have some pretty serious implications for Germany in the future. I’ve read many people arguing that it was actually a clever, shrewd policy to admit one million migrants because Germany has a low birth rate and needs more people. Yet the education levels and skill sets of most of the people who have entered in the past 18 months are, by German standards, extremely low; Germany has a fairly high-wage economy, especially compared to Britain, and there are not a whole lot of positions available for low-skilled men. The number of recent migrants who have found employment is exceptionally low. Employment rates among second generations migrants from the Middle East, mostly Turkish, are also considerably worse than ethnic Germans.
On top of this, we need to look at what technology is coming our way: in the next ten years, for example, automated cars are going to be putting hundreds of thousands of men out of work just in Britain. All the Uber drivers I’ve spoken to have come from the Muslim world; all have been hardworking, courteous and obviously doing their best by their family; unlike me, they’ve made the effort to move country and have to put up with boring drunks like myself talking to them. But the low-skilled jobs they are currently doing are not going to exist for that long, and many of their sons will grow up with workless fathers, feeling confused about their identity in a rootless world, at far higher risk of mental illness, struggling to find work themselves, and feeling neither fully part of this country nor that of their father’s. In these circumstances an internationalist ideology rooted in a sense of brotherhood and rage at the rich, decadent, western world is going to appear hugely attractive.
Because posterity is a concept that does not feature strongly in democratic politics an overwhelming aspect of the migration issue is ignored, that the real problems do not arise with the hard-working immigrants doing the nightshifts but with their sons who, contrary to what the likes of the LBC host James O’Brien hopes, will not thank Germany for their situation. 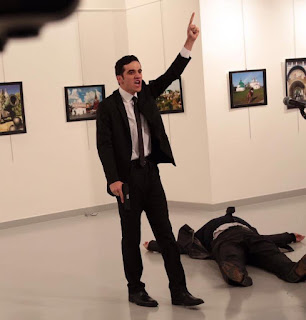