The Rabbit Hole Goes Deeper Than We Thought 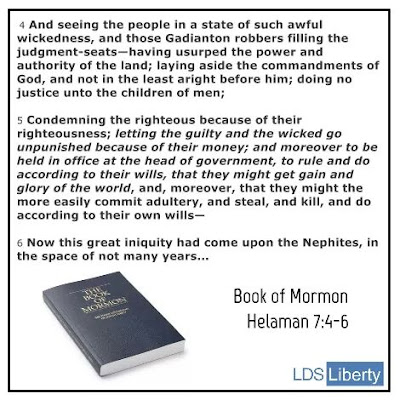 Breitbart interviewed Erik Prince (of Blackwater fame), who claims to have information from insiders at the New York Police Department (NYPD) concerning note only the type of information found on Anthony Weiner's computer, but that the only reason that FBI director Comey restarted his investigation into the Clinton emails is that the NYPD threatened to go public if the FBI did not do something. According to Prince:

“The amount of garbage that they found in these emails, of criminal activity by Hillary, by her immediate circle, and even by other Democratic members of Congress was so disgusting they gave it to the FBI, and they said, ‘We’re going to go public with this if you don’t reopen the investigation and you don’t do the right thing with timely indictments,’” Prince explained.

“I believe – I know, and this is from a very well-placed source of mine at 1PP, One Police Plaza in New York – the NYPD wanted to do a press conference announcing the warrants and the additional arrests they were making in this investigation, and they’ve gotten huge pushback, to the point of coercion, from the Justice Department, with the Justice Department threatening to charge someone that had been unrelated in the accidental heart attack death of Eric Garner almost two years ago. That’s the level of pushback the Obama Justice Department is doing against actually seeking justice in the email and other related criminal matters,” Prince said.

“There’s five different parts of the FBI conducting investigations into these things, with constant downdrafts from the Obama Justice Department. So in the, I hope, unlikely and very unfortunate event that Hillary Clinton is elected president, we will have a constitutional crisis that we have not seen since, I believe, 1860,” Prince declared.

The NYPD operates the largest intelligence agency in the United States outside of the Federal Government, so hopefully it will have the means to protect itself from the U.S. Justice Department.

It may seem far fetched to some, but there is historical precedent. For instance, the New American notes the following about a British cover-up of a high level pedophilia ring, which resulted in a newspaper being raided to seize documents exposing the ring:


The volcanic politician demanding the papers was Liberal Party MP Cyril Smith. Known as “Big Cyril,” he stood over six feet tall and, tipping the scales at more than 400 pounds, is said to have been the heaviest British parliamentarian in history. And he certainly carried weight. Despite allegedly being a predatory child molester with approximately 140 complaints filed against him, he eluded justice and, in 2010, died a free man of natural causes at age 82.

The same could be said of Smith’s pal Jimmy Savile. After the flamboyant and eccentric BBC television host passed away in 2011 at age 84, it emerged that he was not only a prolific pedophile, he sexually abused older people as well — including the elderly — and even descended into necrophilia.

Then there was Leon Brittan — head of the Home Office, the U.K. department responsible for immigration, security, and law and order — who oversaw the pedophilia investigation in what could have been a prime example of the fox guarding the henhouse. It was revealed early last year that he himself was accused of raping a woman and sexually abusing boys. And, you might have guessed it, he also died early last year a free man, at the age of 75. As is so often the case, justice is not a thing of this world.

The Telegraph also reported on the subject in 2014:


The country was still reeling from the horrors of the Jimmy Savile child abuse scandal that saw the BBC accused of cover up and culture of secrecy to protect itself.

But the expose opened the door on a potentially even more explosive scandal – the claims of a VIP Westminster paedophile ring operating from the heart of the British Establishment from the 1960s onwards.

It has led to allegations of a massive cover up across Whitehall spanning decades, pressure on the police and prosecutors not to pursue cases and the apparent disappearance of key dossiers and files detailing claims of child abuse and alleged attackers.

More than 10 current and former politicians are said to be on a list of alleged child abusers now being investigated by police and the pressure is growing for a public inquiry.

But the belated investigations only serve to highlight decades of apparent inaction in the corridors of power to get to the truth despite relentless campaigning by a number of MPs.

* * *
Lord Brittan, who was Home Secretary under Margaret Thatcher from 1983 to 1985, is now facing questions over his handling of the document and inconsistencies in his account of what he did with it.

He told journalists last year he had no recollection of it but last week said instead that he had been handed a “substantial bundle of papers” by Mr Dickens in November 1983 and had passed them to officials for further investigation but had no further dealings with it.

Just hours later he amended his position again when proof emerged that he had written to Mr Dickens in March 1984 to say the dossier had been assessed by prosecutors and handed to the police.

Over the weekend, Mark Sedwill, the Home Office permanent secretary, confirmed that a review had not found “a single dossier from Mr Dickens”.

However, officials did uncover “several sets of correspondence over a number of years” from the MP, who died in 1995, to several Home Secretaries containing allegations of sexual offences.

The documents, which related to a 20-year period between 1979 and 1999, were "presumed destroyed, missing or not found", he said.

There are also questions over what happened to evidence surrounding a senior Tory MP who was said to have been found with child pornography videos by a customs officer in the 1980s.

The politician, a former MP, is believed to be another name in the Dickens’ dossier and was stopped in Dover after acting suspiciously.

The videos, which allegedly involved children under 12 taking part in sex acts, were passed to the officer’s superiors but the MP was never arrested or charged. The tapes and paperwork have also since gone missing.

But does the rabbit-hole go even deeper? Wikileak has released emails suggesting that John Podesta, one of Hillary's top confidants, has been involved with Satanic occult rituals--spirit cooking. The term refers to “an occult performance [by artist Marina Abramovic] during which menstrual blood, breast milk, urine, and sperm are used to create a ‘painting’.” The mainstream media has attempted to debunk the story, suggesting that the "spirit cooking dinner" referred to the emails did not involve spirit cooking, per se, but was a dinner to thank those that had help fund Abramovic's so-called "art." But even if so, it is clear that that these people fetishize blood and cannibalism.

Not so many years past, I would have automatically discounted such stories as pure "conspiracy theory" or "paranoia." But, unfortunately, we seem to be fated to live in an era where conspiracy theories are being proven true. Something most graphically illustrated by the domestic intelligence surveillance revealed by Snow. A television program, Person of Interest, went from being pure science fiction to something that is plausible at some level, even if there is not yet an AI reviewing the data. And it continues as more and more revelations come out, and more corruption exposed.

The extent and nature of these revelations have even Roger L. Simon, who until recently was adamantly opposed to a Trump presidency, now wondering if the United States faces a civil war no matter the outcome of the election. He writes:


The bad news is this:  As miserable as this endless election season has been, the aftermath is likely to be far worse.  You don't have to be Nostradamus to see that putting the American Humpty Dumpty together again is going to be a herculean task. Our country could be permanently fractured in ways few of us would have anticipated even a year ago.  Anything is possible now.

If Hillary Clinton is elected, the very next day millions of Americans will be watching to see what will happen with the FBI and the Justice Department.  Since we can now assume this will be a close election, that would be nearly half the voters in this country, sixty to seventy million people, almost all of whom believe Clinton, the woman a few weeks from inauguration as president, should have been charged with serious crimes and belonged behind bars, not in the White House.

Moreover, many have seen the WikiLeaks that reek of collusion between the Clintonistas and officials at the FBI and Justice, not to mention with virtually all the mainstream media outlets that were distrusted to begin with and are now reviled.

If that's not an explosive situation, what is?  And we don't know what Assange et al have in store for us after the election.  Just now we learned that the Clinton Foundation accepted—while Her Ladyship was secretary of State and in honor of Bill's birthday—an unreported one million dollar donation from that paragon of women's and gay rights, Qatar. This is chump change in the grand Clinton scheme of things, but another reminder of their unending greed and corruption. More importantly, as Tyler Durden points out, this time there should be legal consequences for the foundation—or would be normally in a country governed by the rule of law.

Only we're not anymore.

This and a thousand other things put Obama, quite possibly liable himself from the email disclosures, and his attorney general Lynch behind a treacherous eight ball going forward, because they are not dealing with a few thousand disgruntled people, but those many millions.  If they were to go ahead with Jarrett's suggestion, take Comey's head (i. e. fire him) and replace him with a yet more complaisant successor, who knows what would happen?

But if they don't, and even if they do, the investigation may reveal things so shocking the nation will never be the same. Rumors have been flying that are so extreme that even a ten percent accuracy rate could ignite a firestorm.

The problem for all of us is that there is literally nothing Clinton can do to get out of this box, even if, as many predict, Obama pardons her.  The corruption is so pervasive there is no way short of an actual military putsch to stop the continuing revelations. And such an action would itself unleash ... well, you know the title of this article.