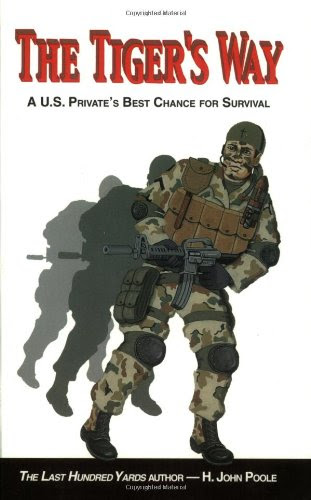 Overview: This book purports to reveal the training and tactics used by soldiers and warriors in the East to overcome Western armies.

Impressions: When I first started into this book, I had some high hopes based on reviews of this book and others from the same author. What I discovered, though, is the book is full of generalities about why "Eastern" soldiers are better trained and better fighters that "Western" soldiers which basically boils down to two principles: supposedly better fieldcraft and night fighting. Unfortunately, the book is all hype and no substance.

For instance, the book lists certain skills Chinese soldiers are (were?) required to learn to move stealthily. But all that is presented is a list without any explanation of how to accomplish the specific tasks. Move across leaves without making a sound? Would be great to know what technique the soldier supposedly used, but there is nothing. The same applies to the author's descriptions of the supposedly superior abilities of soldiers and fighters from other countries or regions.

Instead, the book seems to be primarily an argument that the Western soldier is poorly trained and lacks necessary skills compared to his "Eastern" opponents. Poole never sets out a good argument to support his thesis. For instance, he argues that the "Eastern" soldiers constantly out performed American troops in WWII, Korea, and Vietnam, but never explains the gross disparity between U.S. troop casualties and those of the Japanese, Chinese and North Vietnamese/Viet Cong forces which the U.S. defeated.

I suspect that the author recognized this weakness, because, to make his point, he expands the definition of "Eastern" so broadly as to be meaningless. Poole eventually compares U.S. troops ("Western") against German troops ("Eastern") in WWII to support his thesis.

Finally, he never explains why, if Western training and tactics are so poor and Eastern so good, all nations employ Western style militaries.

Updated 6/28/2014: Some of you may be wondering why I would post a review of a book that I found to be useless or of little regard. My feeling is that not only do I want to inform you of the good/useful books I come across, but also warn you of bad ones so you can avoid wasting your hard earned money.
By Docent at June 24, 2014