The Daily Mail reports that "Mother, 60, who was missing in California mountains for four days reveals she got lost while fleeing man with a knife who threatened to rape her." The article reports that Sheryl Powell, of Huntington Beach, went missing this past Friday while her husband John parked their car near Grandview Campground in the White Mountains, and was later found about 2.5 miles away. The family posted an account to Facebook: 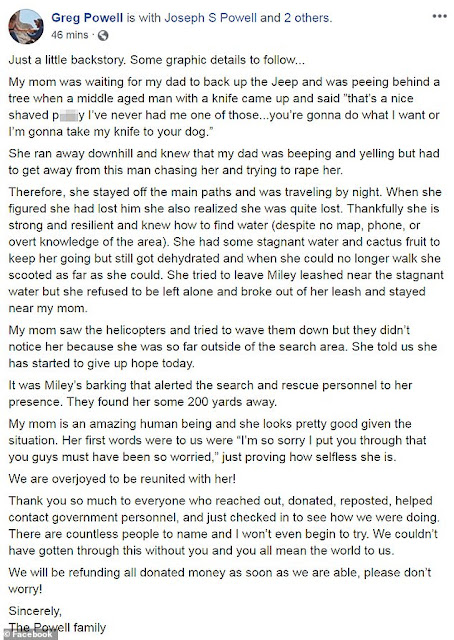 A sober reminder to carry a weapon, and when in the fields and forests, some survival gear, even if it is just some water and a snack, and some sort of emergency whistle.
Posted by Docent at 7:42 PM

Email ThisBlogThis!Share to TwitterShare to FacebookShare to Pinterest
Labels: Crime and Punishment