"Exotac Products and Titan Lighter tips"--David Canterbury (10 min.)
Canterbury reviews some products for fire lighting: a cover for Bic lighters that is water tight, and also has a device for holding the button down to keep the flame lit for an extended time; an improved container for matches that is water tight and includes a striker; and the Titan Lighter, which is also sealed so the lighter fluid won't evaporate (which, as I've mentioned, is one of the biggest weaknesses to the Zippo type lighters).


HuffPost spoke to 11 black gun owners about their reasons for owning a firearm. Trump was a non-factor. Instead, they talked about wanting to protect themselves out of fear that no one else would. They talked about their anxieties during interactions with the police and their complex views on gun regulation. Where gun advocates often adduce the imaginary heroics of a hypothetical active-shooter scenario to their arguments, the black gun owners we talked to referred to specific incidents, specific provocations — as if redlined, too, out of the fantasyland of American gun culture. And most of them returned to a sentiment as old as the nation itself: that owning firearms is a rebellion against a system bent on keeping them out of the hands of black folks.

I was able to catch the booster ascent, stage separation, second stage burn and what looks like the booster spinning with at least one engine firing. The spinning went on for a while so it must have had some fuel left.
I read SpaceX said they would not land this booster so maybe they had some fun with it for us folks in LA. It spun around for a minute like a pinwheel. A great show.

A great photo at the link. The author of the article went on to muse:

As is typical of SpaceX, they waste no opportunity to test their equipment and find out what it can do, on the extreme. I suspect these maneuvers were designed to push the first stage’s ability to recover from an out-of-control spin. From the call-outs by engineers during the launch, it appears that this test was a success, as it appears from those call outs that the first stage “landed” properly upright in the ocean.

Religion survives because it is a broader truth that describes things beyond our mere mortal plane. And even though we see its truth rarely on this side of the curtain, every so often trustworthy people get a glimpse behind the curtain, and report what they have observed. And they are believed by trustworthy people, who tell others, and that builds faith. I am convinced that without being truth, and without that truth manifesting in periodic reaffirmations by trustworthy people, Christianity would have failed, and quickly.
Once in a while, what is behind the curtain intervenes on this side of the curtain, and makes things that seem almost impossible just happen, all to further a greater cause. Those who have caught the spark of belief from a story from trusted friends, can see the linkage. Those who’ve had a glimpse behind the curtain can feel the awe.

My own suspicion is God enters the world to offer his support most in our worst moments, when everything is at risk of falling down. You don’t see such accounts of God’s interventions in the Roaring Twenties, or the Dot-com boom. He wasn’t seen much on such a grand scale in the fifties, just as the eighties were not filled with such accounts of being rescued from doom by divine providence. But when the smoke is in the air and blood is spraying, or just dark moments are about that seem unable to be resolved any other way, the curtain can be lifted, and people will see behind it. 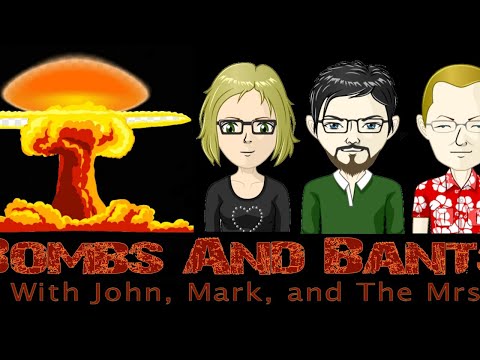