Comments re: What Is Coming 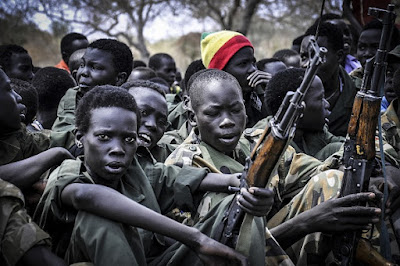 Western Rifle Shooters Association (WRSA) recently linked to a series of 6 articles by Metallicman on the topic of "What the Progressive Socialist Liberals have in store for Conservatives." Metallicman posits that the answer is knowable because we have seen it before, over and over, in various Leftist/Communist/Socialist revolutions over the past 200 years. It is the rounding up and extermination of anyone perceived as an enemy of the new regime.

Essentially, it boils down to a few steps: (i) the progressive-socialist movements take over the reins of government, the media, and, typically, academia, and mold them to advance the progressive-socialist aims; (ii) traditional symbols of the government, culture or nation are co-opted or destroyed; (iii) and the progressive-socialist movement will focus on their enemies: dehumanizing them, vilifying them, disenfranchising them, and, ultimately, killing them. The killing is typically carried out by violent youth organizations or groups tacitly supported, where necessary, by police and/or the military. The killing is only possible, of course, once the regime's enemies are disarmed.

The author's main points, as I interpret them, are that (a) we are already well into this process in the United States; (b) the hated groups are white people, generally, and white male Christian Conservatives specifically; (c) when the Sh** hits the fan, it will take you by surprise; and (d) never give up your guns. The last point is repeated so often that it is a mantra. Nothing good comes from voluntarily allowing yourself to become subject to the mercy of a merciless foe. 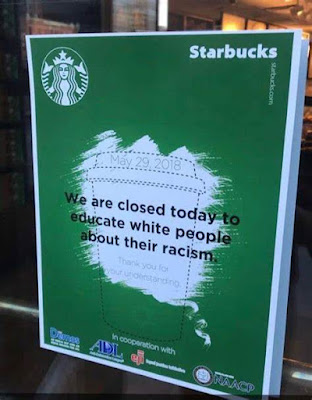 As you can already guess, race and perceptions of gender and deviant sexual practices, is the dividing line. "Wokeness" is the new religion that will drive the Left into flurries of violence against white people, urged on by the new political commissars: the diversity officers, community organizers, and equity pundits.

We already see this happen with a rapidly climbing number of violent attacks perpetrated by blacks against the hated races (whites and, to a lesser extent, Asians). Although police and prosecutors will generally refuse to report these incidents as hate crimes, the viciousness and even comments from the suspects demonstrate that the race of the victims plays a role.

Moreover, we have seen over the last several years a dramatic increase in protest movements, including the Black Lives Matter and misnamed Antifa movements in the United States.

Than came along the SARS-CoV-2 ("Covid-19") pandemic. Not only has the government reaction to this pandemic crippled the world's economy, but it has also rapidly concentrated power in the hands of a small number of bureaucrats. More significantly, for Metallicman's analysis, is that it has given the Left another means of demonizing conservative white males. Now, I don't know that conservative white males are more likely to reject the vaccination, but that is the impression that is given by the news media, and what is reported by the news is more important than the unreported truth when it comes to vilifying a particular group. And, of course, there is the government fist ready to persecute those opposing the mRNA vax: we see states and other nations already restrict movement and the ability to earn a livelihood for anyone that rejects the vaxx; the U.S. federal government is already requiring federal contractors to require workers to be vaccinated; and just the other day, OSHA released an Emergency Temporary Standard (ETS) requiring COVID-19 testing or vaccination combined with masking in private workplaces controlled by employers with 100 or more employees. And there is already discussion of trying to force the vaxx mandate onto smaller employers. 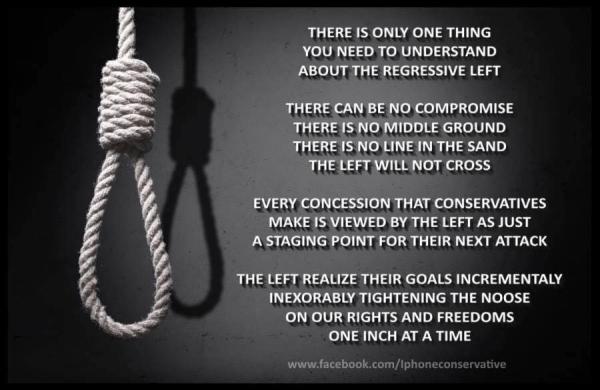 As mentioned earlier, Metallicman sees the point of no return being a systematic effort to confiscate firearms and/or kill gun owners. This will be carried out by a mixture of radicalized young people secretly armed by the oligarchy and police. This will also, he contends, start before you will likely be aware. That is, your first warning may well be the crash of the door in the middle of the night, or the whoops and gunfire as a group of youths enter your neighborhood.

Metallicman sees resistance at that point to be futile. It may be futile for you, but it is not necessarily futile in the aggregate. That is, if the oligarchs were to lose 1 or 2 enforcers for each attempted confiscation, they would soon (i) suffer severe damage to morale and (ii) start to run out of people to carry out the confiscations.

But how to give you a better chance. The mantra of a small unit attack is intelligence, speed, surprise, and violence of action.

Intelligence is, of course, information about you and your family, your house, and, in this situation what firearms you possess. Supposedly we do not have a nationwide firearms registry. That is not true. If you have purchased a firearm from a licensed FFL holder in the last 4 decades or so, you have had to fill out a Form 4473. That information is still extant and more accessible than ever to law enforcement. It is a de facto registry and it will be used to compile lists. Other primary sources of information will be social media posts, metadata and voice data from our cell phones.  And don't forget that you will have neighbors, friends, and even family that will freely provide information.

I doubt it is possible for a normal person with a family and a job to starve the machine of intelligence, but that doesn't mean you have to constantly feed it a buffet of information. Stop or reduce your presence on social media; don't use virtual assistant products such as Alexa or Siri that record what you say; stop carrying your "tracker" everywhere you go; stop putting bumper stickers on your vehicles or wearing you heart on your sleeve.

Speed and Surprise go hand-in-hand. The objective is to complete an offensive action before the enemy can react.

Violence of Action has been defined as "the unrestricted use of speed, strength, surprise and aggression to achieve total dominance against your enemy." As another source explains this concept:

For the dynamic entry team, gaining and maintaining physical and psychological momentum is essential. The team may breach doors, blast holes in walls, enter through windows, or rappel or fast-rope from helicopters. Vehicle-mounted rams and platforms may be used to create unexpected entry points. The sensory onslaught from tear gas, explosive breaching, flashbangs, and gunfire is complemented by the intimidating and aggressive actions of the assault team. Hostiles do sometimes hide among the hostages, so once the shooting has stopped, operators must maintain dominance over anyone still alive.

I cannot give you specific steps to take in defense because it depends on your skills and abilities, finances, where you live and the size of your property, the size and makeup of your family, and more. However, the goal is to disrupt or eliminate the attacker’s surprise, speed, and violence of action.

Your own intelligence sources, if you can develop them, are one the best ways to disrupt or eliminate an enemy’s surprise. This can be HumInt such as a source in law enforcement or military, a spy in an enemy organization, talk and other information “on the street”, networks set up to provide warnings or reports of attacks (e.g. your HOA or neighborhood Facebook page, or a radio network of farmers), or even from open sources (e.g. mass media or social media). It can also be electronic intelligence such as subscribing to social media feeds used by BLM or Antifa, monitoring radio traffic for first responders or common walkie-talkies frequencies.

On a physical level, you can disrupt or eliminate surprise through use of alarms (watch dogs, motion sensors, trip wires connected to flares or sound devices), noisy booby-traps and mines, and physical barriers such ditches or pits, fences, hedgerows, walls, gates and strengthened door/windows, and watchmen or guards.

Speed can also be disrupted through many of the same obstacles and traps mentioned earlier as well as silent boobytraps and trip wires, and remotely activated devises or even defensive fire. Of course, if the element of surprise is lost, but the attackers are unaware of that fact, you may want the enemy to maintain speed and rush into a trap or ambush. If you detect the attack before it can be launched, it might be possible to counter with an attack of your own.

Defense should not be passive. You need to react to the attack by returning fire, activating remote controlled defenses, ascertaining enemy positions and resources,  and possible make your own attacks, ideally by flanking the attackers and striking from their sides or rear.

Most important, you must develop the skill and ability to go from a complete rest (0) to full on fighting mode (60) instantly. This is not the time to work through a monkey dance or Cooper’s color codes.

Unfortunately, because this future conflict will be both a physical and moral battle, we cannot make a preemptive strike. We must force the Left to unequivocally make the first strike.  If you survive the initial purge, you can then go on the offensive.

Source: " The abandoned ski resorts that really did go downhill: 'Eyesore' facilities litter the Swiss Alps after Covid and glo...