Nice: "Service Meant to Monitor Inmates’ Calls Could Track You, Too" 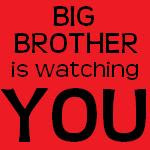 The New York Times reports on a service provided by Securus Technologies to law enforcement and corrections officials allowing them to track people's cellphones. From the article:

The service can find the whereabouts of almost any cellphone in the country within seconds. It does this by going through a system typically used by marketers and other companies to get location data from major cellphone carriers, including AT&T, Sprint, T-Mobile and Verizon, documents show.

Between 2014 and 2017, the sheriff, Cory Hutcheson, used the service at least 11 times, prosecutors said. His alleged targets included a judge and members of the State Highway Patrol. Mr. Hutcheson, who was dismissed last year in an unrelated matter, has pleaded not guilty in the surveillance cases.

As location tracking has become more accurate, and as more people carry their phones at every waking moment, the ability of law enforcement officers and companies like Securus to get that data has become an ever greater privacy concern.

Securus offers the location-finding service as an additional feature for law enforcement and corrections officials, part of an effort to entice customers in a lucrative but competitive industry. In promotional packets, the company, one of the largest prison phone providers in the country, recounts several instances in which the service was used.

In one, a woman sentenced to drug rehab left the center but was eventually located by an official using the service. Other examples include an official who found a missing Alzheimer’s patient and detectives who used “precise location information positioning” to get “within 42 feet of the suspect’s location” in a murder case.


Opsec may mean leaving your cell phone behind or putting in a metal box able to shield against any RF transmissions.
Posted by Docent at 2:30 PM

Email ThisBlogThis!Share to TwitterShare to FacebookShare to Pinterest
Labels: OPSEC