"Marlin 1894 Lever Action vs Tactical Carbine Course"--HR Funk (12 min.)
The author uses the Ohio qualification test for officers wanting to qualify with carbines to see if he can pass the qualification with a lever-action. Spoiler: he does. By the way, I just came across Mr. Funk's channel, and he has a lot of good videos on firearms and shooting, so check it out.

Most people are so focused on being civil and not wanting to risk doing the wrong thing they don’t know when it’s time to use force and they end up trying to reason with their attacker while their attacker is busy killing them. The same is true even with military and police officers. Many times a police officer is dealing with a suspect and they don’t realize when that person makes the jump “person to predator” or from “social to asocial” and they end up getting seriously injured or killed because of it.
In the military they teach you to develop a “kinetic trigger” or a “visual kinetic.” What these are is a trigger that you train your brain to recognize and when your brain sees it, just like the dog in Pavlov’s experiment, you know it’s time put all your social skills aside and engage in violence. What we are going to be talking about in this article is what “predator” or “asocial” is and how to turn them into a kinetic trigger.

The author notes that social violence is intended to send a social message, and can be resolved by responding in a social manner (I think Rory Miller's book, Facing Violence, is a great aid in learning how to recognize and respond to social violence), but predatory violence requires a flight or fight response. Some tips on spotting the shift to asocial violence that the author mentions is that the person readying for asocial violence "lowers his weight so he is stable and he lowers his chin to protect his throat," and will go "silent because he is not trying to communicate with you and his face is blank because he is concentrating on his task at hand." The author also explains that "[s]omeone who is posturing and trying to intimidate you is not trying to kill you so you should use social skills to deal with the situation; while someone who is exhibiting asocial traits should be dealt with with violence right away because they are trying to kill you and not intimidate you." Read the whole thing.

In the past 38 years, more than 270 studies, with an aggregate sample size of more than 440,000, have found that  “women are as physically aggressive, or more aggressive, than men in their relationships with their spouses or male partners” from teenage years on. Since studies of teen dating violence began in the eighties, researchers have found that female high school students are four times as likely as male high school students to be the sole abuser of the other sex (5.7% vs. 1.4%).
The best studies of dating violence differentiate by the severity of violence (according to the Conflicts Tactics Scale). For example, a study conducted by Caulfield and Riggs found that 19% of women vs. 7% of men slapped their female partner. However, when it came to kicking, biting or hitting their partner with a fist, 13% of women vs. 3% of men engaged in those more severe forms of violence. The more specific the questions are, the more both sexes acknowledge the women were between two and three times as likely to hit, kick, bite, or strike their partner with an object.
Among all populations, most violence was mutual. But when it was unilateral, it was more likely to have been initiated by the woman. For example, in a study of over 500 university students, women were three times as likely (9% vs. 3%) to have initiated unilateral violence.

Centers for Disease Control and Prevention Director Robert Redfield said Monday that the Ebola outbreak in conflict-ridden Congo has become so serious that international public health experts need to consider the possibility that it cannot be brought under control and instead will become entrenched.

In other words, instead of outbreaks being eliminated, the disease will now just circulate among the population, popping up now and again. (H/t Anonymous Conservative).

The word “panic” comes from the name of the Greek god Pan, the god of the woods and fields, and the entity responsible for making mysterious noises that would spook herds of animals and scare people in lonely places. The dictionary definition of “panic” is a sudden overwhelming fear, with or without cause, that produces hysterical or irrational behavior, and that often spreads quickly through a group of persons or animals.

The number of stabbing victims with life-threatening injuries treated by specialist trauma doctors has increased by 34% in two years, according to NHS figures obtained by the Guardian.
Doctors are also reporting an increase in the severity of attacks, with victims increasingly arriving in hospital with multiple puncture wounds
“Previously we used to see one or two wounds per victim. Now we are frequently seeing multiple wounds, five or sometimes 10 stab injuries on a single patient”, said Dr Ross Davenport, a consultant trauma and vascular surgeon at the Royal London hospital in Whitechapel, east London.

"9mm vs .40 windshield test. Why the .40? Why the 9mm?"--7N6 (17 min.)
The author of this video demonstrates the problem with 9 mm in the 1980s and early 90s, which is that the jacket would be ripped off the bullet, leaving little mass for penetrating a target. The same happened to the .40 S&W bullets of the era, but the lead core was still large enough to have some effectiveness. Modern jacketed hollow-point, however, doesn't have that issue--the 9 mm test load he used lost only 2 grains going through the windshield.

Chinese observers were thrilled at the prospect of Democrats impeaching President Trump, bogging his administration down with endless House investigations, or at least forcing him to scale back his “hardline policies on trade.”

The city’s performance differentials by school and race are vast. From early grades until junior high school, Asian and white students consistently outpace blacks and Hispanics on reading and math tests, earning more choice in school selection. As a result, Asian and white kids cluster in demanding schools where black and Hispanic enrollments remain low. New York Post columnist Karol Markowicz points out that these islands of scholastic quality have acted to prevent white flight and attract parents who once reflexively opted out of the public system. Parents who opposed admissions changes on the Upper West Side earlier this year were called out and shamed as bigots.
Last spring, de Blasio went after highly competitive high schools such as Stuyvesant and Bronx Science, seeking to scrap admissions exams. He took on sought-after middle schools on the Upper West Side’s District 3. His high school proposal has stalled, but starting in 2019, District 3 will set aside 25 percent of sixth grade seats for its least proficient, lowest income children. Faculties will receive “implicit bias training and professional development to help them meet the needs of all students,” the district has announced.
Brooklyn’s District 15’s middle schools have been a more recent target. For diversity forces, the district—which includes the gentrified Park Slope neighborhood—epitomizes citywide segregation. About 81 percent of its white middle school students attend three schools, while 53 percent of its total middle school enrollment is black or Latino.
According to District 15’s diversity plan, which is nominally parent driven, 11 middle schools will abandon competitive entrance criteria—grades, test scores, and attendance—and replace them with a weighted lottery system. They will reserve roughly half of all seats in each school for children who are low-income, homeless, or learning English. To balance races and make room at the top, able children seeking admissions to better schools will get bounced into the cellar. As part of the equalizing effort, arts-based New Voices School of Academic and Creative Arts will stop holding talent-based auditions. Of New Voices’ 600 current students, 52 percent are white, 33 percent are Hispanic, 7 percent are black, and 5 percent are Asian.

Because in the minds of liberals, blending feces into ice cream makes more ice cream. As one parent noted, "instead of fixing broken schools, they want to break the ones that are working."

Beginning in the 1960s, most mainline Protestant churches fractured over two divergent understandings of Christianity.  In one camp are those who believe Christianity was revealed in the person of Jesus Christ, in Holy Scripture, and in the traditions of the early church.  The duty of present-day Christians is to pass that heritage, unaltered and undiminished to future generations until the Lord comes again.  In the other camp are those who believe the faith must reflect the Zeitgeist, altering itself as necessary to maintain a broad appeal.  They see revelation as an ongoing process in which new commandments can override old.

Rather than mourn the outcome, Lind sees a new opportunity for conservative Christians, whether Catholic or Protestant, to reform into a united church, and explains how it might occur. I sometimes pass by a Unitarian church that is always advertising its inclusiveness, and wonder how by including everything, they can exclude that which is sin. In any event, and to be fair, this has been going on for much longer than the 1960s, although that may be when many religions began to sell their souls to the Devil. It was noted in the early 1800s, in respect to the religions vying for popularity at that time, that "they [the priests and members of the various sects] draw near to me with their lips, but their hearts are far from me, they teach for doctrines the commandments of men, having a form of godliness, but they deny the power thereof." Although, today, the commandments taught don't even claim to have a form of godliness, but instead appeal to humanism and socialism, and the improvement of man according to government diktat. 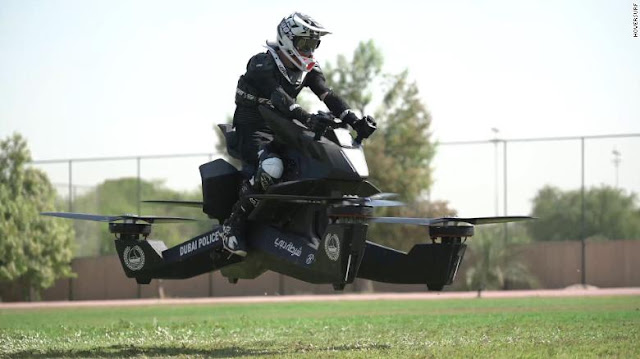