The Looming Crises of Legitimacy

I just got out of a meeting at work discussing a new Covid policy where some of the higher-ups outright belittled anyone opposed to taking the vax; they also indicated that they would welcome a vaccine passport system.

I'm sure they were thinking "dumb hicks" even as they made their comments, although a study conducted by Carnegie Mellon University showed that the group that was the most vaccine hesitant were those holding a Ph.D. But they get their news from Rachel Maddow, so they probably never even heard about that study. 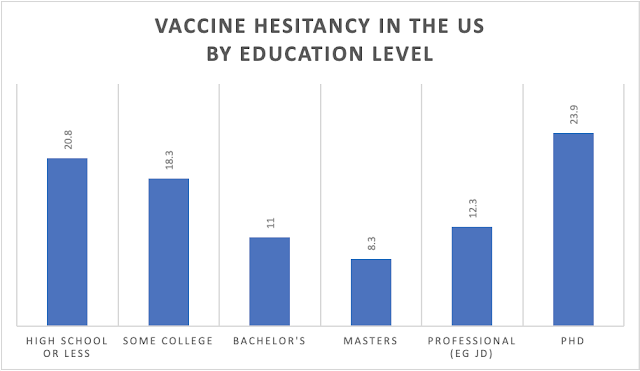 But there has been a growing pushback. Dominating the news is Southwest Airlines flight cancellations due to pilots and workers "calling in sick" because of a pending vaccine mandate. Sources indicate that 50% of the pilots are not vaccinated, so the mandate is of no small consequence to the operation of the airlines. The Company and much of the media have been outright lying about the reason for the cancellations, not willing to admit it is due to vaccine mandates, although there are plenty of pilots willing to say that it is precisely because of the mandate.

But the most interesting aspect of all this isn't that the elites are willing to lie to cover up a resistance, but that it is creating a split between sources of authority. Specifically, on Monday, Governor Abbot of Texas issued his own executive order to countermand that of faux-President Biden requiring private sector companies with more than 100 employees to ensure workers get vaccinated against the coronavirus or face weekly testing before going to work. Abbot's order barred all COVID-19 vaccine mandates in Texas. Southwest has already indicated that it will be following Biden's order over Abbott's order, but there you have it: a state placing its own authority over that the faux-President.

Rod Dreher writes about this today in his article, "What Would US Civil War Look Like?" Dreher admits that he was one of those people that would roll his eyes whenever anyone brought up the possibility of a revolt against the federal government because, he believed, there is no way anyone could stand against the might and power of the U.S. military. No more. He has come to realize, somewhat belatedly, what William S. Lind has been saying for years: governments are founded on legitimacy, and when that legitimacy disappears, so does that government.

Revolutions don't ever happen because of "the issues", but because the underlying state is too weak to handle these issues without seizing up. It is *state weakness*, that is the deciding factor, not the fervor or coffeehouse revolutionaries.

The situation with the Southwest Airlines pilots, and many others opposing federal vaccine mandates, is an example, according to Kyeyune, of how vulnerable is our critical infrastructure and how easily it can disrupted by a group unhappy with Washington. In other words, the story here is not so much the vaccine, but "the US elite's [sic] power of *enforcing a writ* [e.g., the vaccine mandate] is actually fairly weak!" And, he explains, resistance to the vaccine could empower state governors to say "no" to Washington now will encourage more such behavior in the future, increasing polarization and political/geographical division.