Listen To Your Big Brother And Take The Vaccine 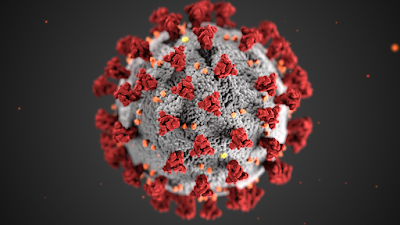 We are being bombarded from all sides with messaging telling us to take the vaccines, that they have been tested and proven safe. For instance, just a couple days after the military announced that they may allow religious exemptions from taking the COVID vaccinations, my Church released a statement encouraging members to get vaccinated, asserting like everyone else that: "Available vaccines have proven to be both safe and effective." But is that true? I have to wonder when I see articles like the following:

A shocking new study published in the New England Journal of Medicine reveals that when pregnant women are given covid vaccinations during their first or second trimesters, they suffer an 82% spontaneous abortion rate, killing 4 out of 5 unborn babies.

This stunning finding, explained below, is self-evident from the data published in a new study entitled, “Preliminary Findings of mRNA Covid-19 Vaccine Safety in Pregnant Persons.” Just as disturbing as the data is the fact that the study authors apparently sought to deliberately obfuscate the truth about vaccines causing spontaneous abortions by obfuscating numbers in their own calculations.

But the risk of dying from Covid-19 is extraordinarily dependent on age: it halves for each six to seven year age gap. This means that someone aged 80 who is fully vaccinated essentially takes on the risk of an unvaccinated person of around 50 – much lower, but still not nothing, and so we can expect some deaths.

The PHE report also reveals that nearly a third of deaths from the Delta variant are of unvaccinated people over 50, which may be surprising given high vaccine coverage; for example, OpenSAFELY estimates more than 93% among the 65-69s. But there are lower rates in deprived areas and some ethnicities and communities with limited coverage will continue to experience more than their fair share of loss.

On top of this, what we have told concerning the efficacy of the vaccinations keeps changing. A February 19, 2021, article at Nature stated:

Although most clinical trials of COVID-19 vaccines showed that vaccines prevented the disease, some trial results also offered clues that shots might prevent infection. A vaccine that is highly effective at preventing people from acquiring the infection in the first place would help to reduce transmission, says Larry Corey, a vaccinologist at the Fred Hutchinson Cancer Research Center in Seattle, Washington.

It also indicated that "It’s possible that vaccines won’t stop or significantly lessen the chances of infection. But jabs might make infected people less able to pass the virus on, or make them less infectious, and so reduce transmission."

Then we were told that the vaccines were even better than thought. On March 29, 2021, the CDC reported that "[a] new CDC study provides strong evidence that mRNA COVID-19 vaccines are highly effective in preventing SARS-CoV-2 infections in real-world conditions among health care personnel, first responders, and other essential workers." The BMJ (British Medical Journal) published a paper a few days later that had found that "Covid-19: Moderna and Pfizer vaccines prevent infections as well as symptoms, CDC study finds." Specifically, "[v]accination with the Pfizer or Moderna vaccine reduces infections by 90%, while a single dose confers 80% protection, shows a study led by the US Centers for Disease Control and Prevention (CDC) that followed essential workers through the worst months of the pandemic." Similarly, in a March 30, 2021, article at Forbes, it reported:

Thanks to a study published yesterday by the US Centers for Disease Control and Prevention, we now have our answer. According to the study, which was conducted on nearly 4,000 healthcare workers, first responders, and other essential workers at the frontlines in eight locations across the country, the mRNA vaccines are 90 percent effective at preventing infection. That means in addition to stopping the development of Covid-19 symptoms, they can stop the disease from spreading from one person to another, too.

On April 9, 2021, ABC News reported that "breakthrough" infections were "exceedingly rare."  Stanford University told us on July 6 that over 99% of Stanford's Medical Care employees had resisted breakthrough infections even if they only had one dose of the vaccine. MedScape reported on July 21, 2021, that "'Gold Standard' Study Confirms COVID mRNA Vaccines Prevent Infection." Specifically, "Clinical trials of mRNA vaccines have consistently demonstrated high effectiveness against COVID-19, but now a large, real-world study confirms that the Pfizer-BioNTech and Moderna vaccines are more than 95% effective in preventing confirmed infection." (Underline added). (See also here).

Now, keep in mind that the reported research said that the vaccine was both effective in stopping the disease (i.e., preventing symptoms) but also at preventing infection (i.e., keeping you from catching and passing on the virus). The distinction between preventing symptoms versus preventing infections is important because "a vaccine with high efficacy against COVID-19 disease (VEDIS) but low efficacy against SARS-CoV-2 infection (VESUSC), would predominantly convert symptomatic infections to asymptomatic infections. Furthermore, if the vaccine does not reduce infectiousness (VEINF = 0), it could in theory lead to increased spread of SARS-CoV-2."

This is a dynamic pandemic — scientific understanding of vaccines and the virus continues to evolve, as does the pathogen itself. It is uncertain exactly how rare breakthrough infections are. Ongoing clinical trials, following tens of thousands of vaccinated people for two years, will help determine that rate, said Anthony S. Fauci, the nation’s top infectious-disease doctor, in a Senate hearing this week.

Keep in mind that a "breakthrough infection" is a failure of the vaccine because not only has the person been infected, but they are also suffering from the disease. So, at the point, the experts were saying that we would need 2 years to determine if the vaccines were actually effective.

But the bad news just kept coming. On July 23, 2021, ABC News reported on 7 breakthrough cases among fully vaccinated students at Stanford University in which all 7 were symptomatic. While again assuring us that the vaccination was extremely effective, the story also indicated that "health officials and experts alike have warned that new, more contagious variants of the novel coronavirus may be more effective at evading vaccines."

One of the most nagging questions about the COVID-19 pandemic for public health authorities, policymakers and the public was whether the vaccines stop transmission.

New Centers for Disease Control and Prevention data show that in breakthrough cases of the highly transmissible delta variant, the answer is no.

The newly released report showing that vaccinated people can still be superspreaders drove the recent decision by the CDC to once again recommend masks for vaccinated people indoors where case counts are high or substantial.

The first report on the spread of COVID-19 in vaccinated people is based on an outbreak of 469 cases in Barnstable County, Massachusetts, where 74 percent of cases occurred among vaccinated people. Of those breakthrough cases, 79 percent were symptomatic. Over 100 of those cases were sequenced, and identified the delta variant in 90 percent of them.

Before the outbreak, the 14-day average of daily case rates in the area had plummeted to zero. But in just two weeks, the 14-day case average had shot up to 177 cases per 100,000 people.

So, in less than two weeks (July 21 to July 30), we went from the CDC saying that vaccines prevent infection to vaccines not only don't prevent infection, they also don't prevent the disease, merely reducing the seriousness of the disease. “There is a significant difference between having a fever and dying from COVID-19," as one fellow at Harvard's T.H. Chan School of Public Health put it. And there is a significant difference between preventing the infection and vaccinated people still capable of being super-spreaders as apparently happened at Obama's big birthday party.

As the US struggles to suppress the rapidly advancing coronavirus Delta variant, new evidence has emerged that the latest Lambda mutation — ravaging parts of South America — won’t be slowed by vaccines.

In a July 28 report appearing on bioRxiv, where the study awaits peer review prior to getting published, researchers in Japan are sounding the alarm on the C.37 variant, dubbed Lambda. And it’s proven just as virulent as Delta thanks to a similar mutation making them even more contagious.

Since Biden is allowing COVID positive illegal aliens swarm across our southern border, and even bussing and flying them to other parts of the country, the Lambda variant is spreading inside the United States.

Email ThisBlogThis!Share to TwitterShare to FacebookShare to Pinterest
Labels: Health and Disease