Jacob Blake Was Armed With Knife When He Was Shot

Although it is too late to stop the violence in Kenosha, Wisconsin, and perhaps would not have made any difference, more information is being released that indicate that Jacob Blake was armed with a knife at the time he was shot.

Second City Cop had this still photograph taken from a video of the lead-up to the shooting: 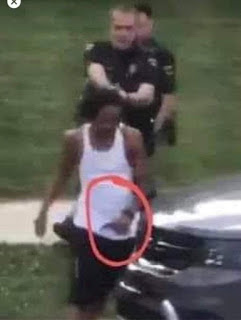 It looks like Blake had a Karambit style knife on his person when he was shot. Moreover, during the investigation following the initial incident, Blake admitted that he had a knife in his possession, and investigators recovered a knife from the driver’s side floorboard of Blake’s vehicle.

It is also relevant that Blake had been fighting with two of the officers prior to the shooting, and the officers had been informed that Blake had an outstanding arrest warrant (a warrant was issued on three charges — two misdemeanors and one G-class felony — on July 7). The officers weren't hassling Blake, but had grounds to arrest him independent of whatever had happened at the scene between Blake and the person that had called 911.

What Will The World Look Like In 2040? Part 1--Demographics

A recent Bombs & Bants Podcast revolved around the subject of what the world would look like in 2040 . And while John Wilder, his wife a...